Rachid Benzine & Ruud Gielens on women in the Arabic world

The Kaaitheater asked Rachid Benzine to write a theatre text, In the eyes of heaven is the result. It speaks of the position of women in the Maghreb and Mashreq. Belgian theatre maker Ruud Gielens - living in Cairo since 2009 - has directed the piece. Film actresse Hiam Abbass (known from Paradise Now, Lemon Tree, Steven Spielbergs Munich, Amreeka) is performing. In the eyes of heaven premieres at the Kaaitheater.

Last season, Mriziga Radouan made his debut at the Kaaistudio's with his solo 55. He is artist in residence at the ‘nomadic’ arts center Moussem. His new performance, 3600, is a choreography for four dancers. Mriziga once again approaches dance from an architectural perspective, with the body as a central instrument. His production premieres at the Kaaistudio's.

Sit down, close your eyes and relax! While enjoying a hand massage, listen to the stories of neighbours or distant strangers from another city. Zina and the Kaaitheater are joining forces to collect stories in Brussels and Amsterdam. What stories do people take with them from their journey across borders? What stories can we tell them? And which stories do we share?

Beauty Stories Salon was already organized several times in the Netherlands, and is now crossing the border to Belgium. It is also one of the BesteBuren projects.

An intruiging John Passion at the Klara Festival

Muziektheater Transparant, Baroque orchestra B'Rock and the Philharmonic Choir from Wroclaw add two new compositions to the John Passion of Bach: one by the Palestinian-Israeli composer Samir Odeh-Tamimi and one by the Flemish composer Annelies Van Parys. The French-Libanese theatre director Pierre Audi stages these compositions. Visual artist Wim Delvoye takes care of the scenography. And you must suffer/St. John Passion Bach premieres at the Kaaitheater during the Klara Festival and tours internationally next season.
> Read further: B'Rock / Transparant

In Tandy, the Catalan theatre-maker, writer and performer Angélica Liddell stages an adaptation of Sherwoord Anderson's Whinesburg, Ohio. She describes it as an elegiac tale about love and love delusion.

Angélica Liddell set up her company Atra Bilis (‘black bile’) in 1993. Her international breakthrough followed in 2010 at the Festival of Agivnon. Because of her intensely visual theatrical language, she has been described as the female Rodrigo Garcia, the other big name in Spanish avant-garde theatre. Tandy will be her first performance at the Kaaitheater. It premiered in June 2014 during the Berlin Foreign Affaires Festival.

The Dutch collective Schwalbe has made four productions and a fifth one is on its way. We will be hosting Schwalbe for a week – discover some of the best work young Dutch theatre has to offer! The seven performers and creators are always looking for extremely physical, exhausting theatre in a pure, sober form.

Schwalbe is looking for crowds won the "BNG Nieuwe Theatermakerprijs" for young theatre makers in 2014. Save them (in collaboration with Lotte van den Berg) is about the relationship between individual and group. Schwalbe performs on its own is a CO2-neutral production – bikes take a central role. Schwalbe cheats turns a game into a grim battle. We finish the sequel with their newest production: Schwalbe takes time. The audience is asked to 'temporarily relinquish time' during this 12-hour performance.

In Radical Light, choreographer Salva Sanchis looks for common ground between experience related 'instinctive' dance and fomal 'composed' dance. He engages in conversation with sound designers Joris Vermeiren and Senjan Jansen of Discodesafinado. The performance premieres at the Kaaitheater.
Find out more about Salva's solo work at Kunst/Werk.

For this second edition of BL!NDMAN [hybrid], Eric Sleichim creates a performance inspired by the Russian Futurism. He collaborates with vocal artist Claron McFadden, cellist Jörg Brinkmann and turntable wizard Matthew Wright. The concert Beyond/Behind passes by Bristol and Ghent before coming to the Kaaitheater.

Writer, actor and stage director Robert Cantarella has been ‘doing a Gilles’ for several years now in his lecture performance Faire le Gilles. Which means that he has been giving new voice to the renowned lectures the French philosopher Gilles Deleuze gave at the university of Paris VIII in Vincennes in the 1980s.

March at the Kaaitheater

SCHWALBE
Schwalbe performs on its own
24/03 | theatre | Kaaistudio's 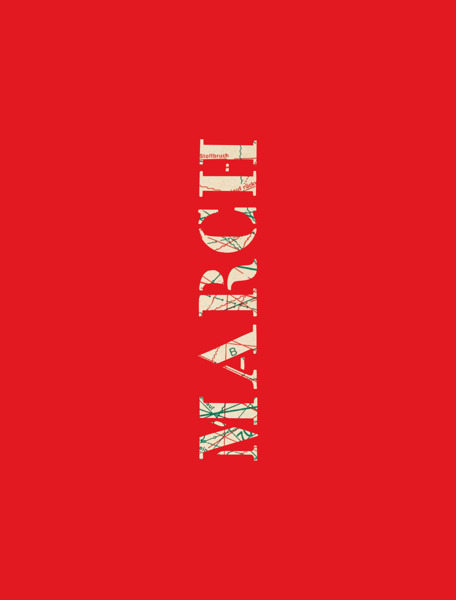