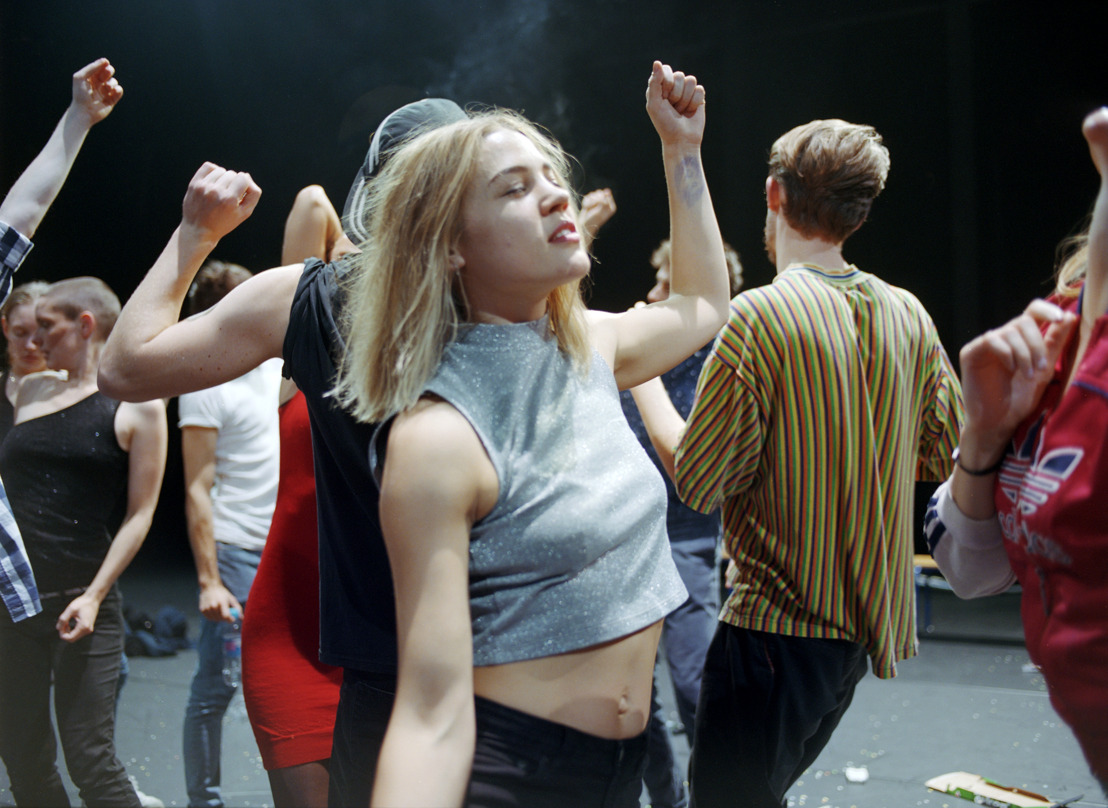 Upon the invitation of the EUROPALIA INDONESIA-festival, Meg Stuart and visual artist Jompet Kuswidananto embark on a journey of artistic investigation through collective memories and implanted fictional traumas. Imaginary and invisible spaces, and the voices that make them resonate, are one of the starting points of an adventurous leap into unknown territories. For Celestial Sorrow, Meg Stuart and Jompet Kuswidananto collaborate with a team of performers, musicians and visual artists.

Jompet Kuswidananto is a versatile artist who works in media ranging from installation and sound to performance and theatre. Each of his works researches the history of Indonesia and the complexity of contemporary existence in a globalized world. His practice focuses on themes like politics, colonialism, power and mass mobilization in Indonesia after president Suharto’s resignation. During EUROPALIA, Kuswidananto also presents his installation On Paradise at the MAC's (Mons).

Celestial sorrow will première at the Kaaistudio's and starts touring coming fall.

Just like Meg Stuart, EUROPALIA INDONESIA gave theatre director Gisèle Vienne carte blanche to explore Indonesian culture. Along with Sunn O))) co-founder Stephen O’Malley she travelled to Java and Bali to immerse herself in the magical world of performative rituals. Their encounter with musician Wukir Suryadi, co-founder of Senyawa, revealed profound resonances. This evening showcases their shared venture through a common musical philosophy.

Later on this month, Gisèle Vienne will show her new performance CROWD at Kaaitheater. (More info below)

Els Dietvorst
I watched the white dogs of the dawn

Against the backdrop of a small Irish fishing village, Els Dietvorst has filmed the second part of her triptych about the relationship between humans and nature, and our food chain. In Kilmore Quay, the perspective of the fish is the only one that matters. Generations of fishermen caught lobsters, oysters, and cod there. They believed that their work was a kind of prayer and only caught enough to survive, to spare the sea. Times were good. There was plenty of money and plenty of work – until the European fisheries quotas arrived on their shores.

Documentary maker and visual artist Els Dietvorst lived in Brussels until she decided to move to rural Ireland 5 years ago. She also made the film The Rabbit and the Teasel. She presented a work-in-process of I watched the white dogs of the dawn as a video installation at Burning Ice #10. The film will now première at Kaaitheater.

According to Gisèle Vienne, the theatre stage is a microcosm where you can study individual and collective emotions, in order to acquire a better understanding of human behaviour. In CROWD, she focuses on violence. Contrary to the discourse that labels all violence as barbaric, she looks for manifestations of violence that do play a valuable, positive role in society. She brings a group of 15 youngsters together who dance to techno music - a DJ set by Peter Rehberg that combines the electronic beats of the 90s with a more intimate composition by the ground-breaking duo KTL (Peter Rehberg and Stephen O’Malley).

Crowd premiered in Straatsburg on 8/11 and will have its Belgian première at NEXT festival. After stopping at Kaaitheater, the production will continue its European tour.

Read the interview we did with Vienne on CROWD.

The Liquid Room series by the Brussels-based music ensemble Ictus has acquired something of a cult status. Each Liquid Room is a mini festival at various stages where music seeks points of convergence with other disciplines. Liquid Room VIII explores a simple hypothesis: music is not just sound! Ictus has thus opted for a different keyword: phrase. At the intersection of melody and rhythm, the phrase opens up ways of thinking about things differently: music as a vital development of thought, constructed of impulses and accents, energetic circuits, movements, and agility. In PHRASES, Ictus brings together sound poetry, spoken word and modal music. Check the programma here.