The woman in the Arab world

A woman speaks. It’s the time of the revolutions in the Arab world. The woman appeals to the world. The woman embodies the status of all women in the Mashreq and Maghreb. She is the body of the Arab world. Inside her is every painful memory, every struggle, every hope, every bit of societal progress and decline.
In the Eyes of Heaven interweaves developments in Arab politics of the last forty years with the position of women in contemporary Arab society.

The monologue is introduced by none other than Hiam Abbas, the Israeli-Palestinian actress who has both Arab and European feature films to her credit, as well as a series of Hollywood productions. She has acted among others in Munich (2005) by Steven Spielberg, Paradise Now (2005) and Lemon Tree (2008). In addition to actress, she is also a film director. She made among others Le Pain (2001), La Danse Éternelle (2004) and Inheritance (2012).

Rachid Benzine was invited by Kaaitheater to write the theatre text. As a political scientist and Islam expert, he has taught at various universities in Belgium and France. He is the author of Les nouveaux penseurs de l’islam (2004) and Le Coran expliqué aux jeunes (2013). Benzine is known for his advocacy of a critical and modern Islam, and in recent years has been a noteworthy voice in both the French and Dutch language media.

On Thursday 24/03 at 7 PM, prior to the performance, Rachid Benzine will present a RE:THINK TALK on Averroes. This 12th century Islamic jurist, physician and philosopher sought to reconcile the ideas of the classical philosophers such as Aristotle with Islam. By jumping into the breach for reason, he came into violent conflict with the Islamic theologians of his time. The lecture is part of Kaaitheater’s RE:THINK philosophy programme. Together with Abdelkader Benali, at the start of the season Rachid Benzine kicked off the programme with the debate About Islam: Freedom of expression and the role of culture.

Ruud Gielens is a theatre producer who lives/works in Brussels and Cairo. He co-founded Union Suspecte and was associated for a long time with the KVS. Last season he made the monumental production WaanVlucht! [Delusional Flight!] in and around Kaaitheater, together with the Brussels Brecht-Eisler Choir.
Together with his partner – theatre maker Laila Soliman – he closely lived and followed the Arab Spring, and watched an Egyptian revolution slide into a military dictatorship. As a reply to this, in 2011 they made Lessons in Revolting. Last season, Laila Soliman herself was also in the Kaaistudios with Whims of Freedom.

“Although I’m often in Cairo, I continue to occupy an outsider’s position. In the Eyes of Heaven offers the opportunity to bring insight into a difficult matter and to build a bridge between what is happening there and our view of things.” (R. Gielens in Moussem Journa(a)l no. 6, January 2016)

From the end of February until the premiere at Kaaitheater, Ruud Gielens and Hiam Abbass will be rehearsing and thus be available for interviews. Rachid Benzine will also occasionally travel to Brussels.

After the premiere at Kaaitheater, the production will be presented among others in Cairo and Tunis. More performance dates will be announced later.

Moussem and the Kaaitheater

Moussem, established in Brussels since September 2015, is a nomadic arts centre with an international outreach. Moussem and Kaaitheater are producing In the Eyes of Heaven together. Kaaitheater is also co-producing 3600 (premiere 4 March), the new solo by Radouan Mriziga, artist in residence at Moussem. Cooperation between Moussem and Kaaitheater will be further deepened in the coming seasons.

Credits In the Eyes of Heaven 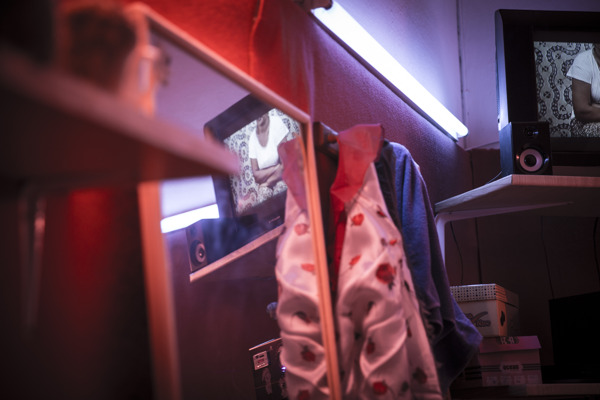